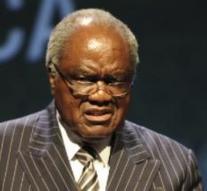 johannesburg - Like last year, there is also this year a winner of the prize for outstanding political leadership in Africa. The award was established by the Sudanese telecoms tycoon Mo Ibrahim. According to the jury, there is no former African head of government or head of state who currently earns the prize.

Since the award was established in 2006, it was only awarded four times, in 2014 for the last time on the Namibian leader Hifikepunye Pohamba. Candidates must have been democratically elected Heads of State or Government, which up to three years ago at the end of their constitutional term have ceased to hold office. The way it is factored have fulfilled their duties.

'The award is intended to celebrate truly exceptional leadership, which by definition is unusual,' said jury chairman Salim Ahmed Salim. The winner will get $ 5 million, spread over a period of ten years and thereafter 200 000 dollars a year until his or her death.