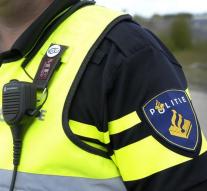 maastricht - A 41-year-old man from Maastricht is suspected of involvement in the city's violent death. The police held the Maastricht teacher last Friday and announced it on Tuesday.

On May 30, the police found the physical surplus of 55-year-old Jack Koker at the King's Square. After investigation, he found that he was a victim of a crime.

The police also held the suspect on June 8, but he was released by the Judge-Commissioner again. New information led to the new detention. Five former suspects have been arrested in The Hague.

The police have not announced anything about the cause of death and the possible motive.