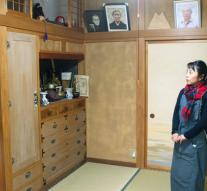 tokio - The Japanese energy company Tepco has to pay damages to dozens of former residents of Fukushima. Because of the nuclear disaster they had to leave their homes in 2011. The court granted the 42 inhabitants according to Japanese media a total of 376 million yen (2.8 million euros).

It was the second time a judge sentenced the company to pay damages for the disaster. The meltdown at the Tepco Center then followed a tsunami that was caused by a severe earthquake. The energy company later got rid of the accusation.

The legal problems of Tepco are not yet available. According to Japanese media, thousands of former residents have gone to court to enforce compensation. Tepco did not know on Friday to comment on the final statement.