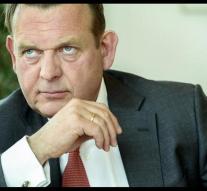 the hague - After the intervention of the Veteran Ombudsman, Reinier van Zutphen, Defense has, after 66 years, yet granted a bravery award to the relatives of a Korea veteran. That reports the National Ombudsman. The corporal was nominated for a distinction in 1951 because he fell in the rescue of injured comrades during a firefight. The nomination had been sought for years, then refused consecutive ministers of defense to investigate.

The relatives reported to the Veterans Ombudsman two years ago and eventually the award is granted. Deputy Minister of Defense Jeanine Hennis-Plasschaert issued a Bronze Cross to the relatives on May 15.

In 1950, Corporal Butcher left with the first battalion of Dutch Detachment United Nations to Korea. During a firefight he brings injured comrades to safety. After he gets a first injured safe, he sneaks while trying to save another injured person. His then commander then carries him for the posthumous grant of a royal award.

But that nomination was sought until 1993, until the weather emerges when the military Van Heutsz Museum in Schaarsbergen was set up. A friend of the corporal is getting involved, but his request for an investigation (what is required) is always rejected.

In 2015, the Veterans Ombudsman will resign the case with the Minister of Defense. This time with success.