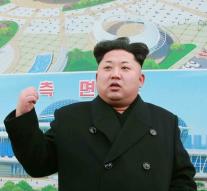 pyongyang - The ruling Workers' Party in North Korea in May next year hold a party congress, the first since 1980. State media in the country have it announced Friday. Observers in South Korea believe the North Korean leader Kim Jong-un will use the conference to shape a new leadership of the party and to establish policy.

The party wants to " epochal changes in the performance of the revolutionary concern to build a thriving socialist country ", set state media.

The last time the Labour Party held a congress was when Kim's father, Kim Jong Il took office as head of state. Kim senior died in 2011, after his son was proclaimed supreme leader of the party, the army and the people.