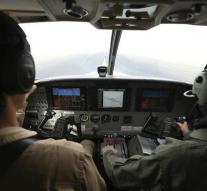 kabul - The Afghan government is angry with the celebrated first female aviator of the Afghan Air Force, which wants to return after completing a fifteen-month training in the United States not to her country.

The 25-year-old Nilofar Rahmani appears to have been applied for in the summer in the US asylum. Against the Wall Street Journal, they said he was threatened with death by not only the Taliban but also by family members. According to the New York Times Rahmani feels badly treated by her male colleagues.

According to the Afghan Ministry of Defence of Rahmani arguments unfounded. 'If they had real problems they had there on numerous authorities can do her complain about,' said a spokesman.