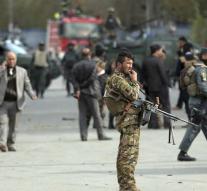 kabul - About thirty civilians were killed by an air raid in the southern Afghan province of Helmand, all members of a family. Only one family member survived the attack, according to the provincial council chief.

The area where the attack took place is controlled by the radical Islamic Taliban. At or in the building with the home of the affected family was a Taliban weapon depot with explosives and car bombs used against the Afghan army. The attack also killed Taliban fighters.