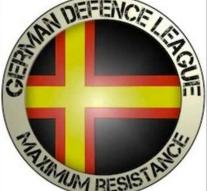 - The future of the controversial German politician Kay Nerstheimer is unclear. He was Sunday behalf Alternative for Germany (AfD) directly elected in the Parliament of the Land of Berlin, but is liable to be expelled. Party leader Frauke Petry wants to get rid of him as quickly as possible because Nerstheimer in 2012, was a member of the 'German Defence League. That is a right-wing extremist group.

According to Petry is the board discussed the procedure to put him out of the party. Berlin fraction of the winner of the state elections presented itself without Nerstheimer. This would have in writing that no seat to occupy the AfD. He probably will be inaugurated in Parliament on October 26 as an independent deputy.