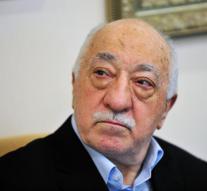 - "The Turkish Interior Ministry on Sunday 28 municipalities taken over by it to appoint a receiver. The mayors are dropped because they have links with the extremists of the Kurdish PKK and the movement of cleric and philosopher Fethullah Gülen, the newspaper Hurriyet. Ankara considers both movements as terrorist and Gülen suspects of being behind the failed coup of July 15th."

"Of the 28 mayors who had to leave their posts, most are suspicious because they have Kurdish left. Four marketed for alleged ties to Gülen, who has lived in the US for years."