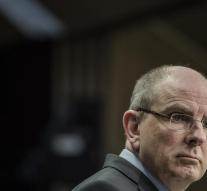 brussels - The Belgian Minister of Justice wants to map which imams in the country preach and to which mosque they are connected. The Muslim Executive, the representative body of the Muslims in Belgium, must help. The agency must review the information to the State Security Service.

Minister Koen Geens made his statements in the television program Terzake after it became known that the suspected brain behind the attacks in Catalonia also had a link with Belgium.

The Spanish Imam Abdelbaki Es Satty stayed in Belgium between January and March 2016, and was even more likely in the country. He would have been active for three months in the Youssef Mosque in Diegem, where he was sent away because he could not show evidence of good conduct.

The Belgian minister argues that his country is not guilty of the attacks. 'Es Satty was a coincidental passant quickly removed by the Muslim community itself. We must praise and praise that community for that. In addition, the Spanish government has never made us aware that he was dangerous, although he lived in Spain for a long time. '