Home / World / ACM: TenneT did not comply with law in case of malfunction 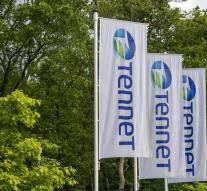 - Power company TenneT failed to meet its legal obligations in March 2015 at a major power failure in Diemen. That has determined the Authority Consumer \u0026 Market (ACM) in a dispute that steel producer Tata Steel has submitted.

Previous research showed that the malfunction was a consequence of failing technique and a human error. However, a malfunction in a part of the grid may not lead to a power failure. TenneT has violated this standard by the way the Diemen station was designed, according to the ACM.

TenneT warns that the electricity bill will be adequate due to the investments needed to comply with the legal norm. It sums up a total amount of about 7 billion euros. That ultimately drives the user through the electricity bill. Per household it would amount to 920 euros.