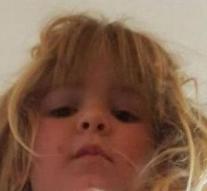 berlin - The abused girl from Germany whose police revealed photos has been found. The suspected perpetrator is arrested, police writes.

The perpetrator, a German citizen, was arrested in his home. He was questioned Monday evening. The girl is safe and is being investigated by police psychologists, police tell BILD.

The girl was often seen in child pornography on the internet. However, more than the videos could not find the police. It was decided to, by way of exception, put the pictures of the girl online.

Authorities in Germany are pleased that the publication has resulted in such a rapid outcome. 'For this we are grateful. Of course, the further investigation is now underway. '