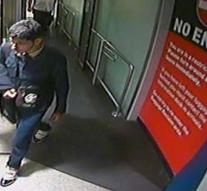 tripoli - Salman Abedi, the man who attacked a concert in Manchester, radicalized in 2015 in Britain. He was thereby influenced by friends and information he gained from the internet, said a spokesman for a Libyan anti-terrorist unit.

The brother of Salman, Hashem, would have declared statements about his older brother in front of the Rada unit. 'He said they watched videos and met with the children in Syria. They wanted to do something for Islamic state to help, 'said the spokesman.

Hashem Abedi himself would also have been involved in the preparations for bombing without knowing where that would happen. 'Hashem said he bought all the supplies for Salman to use in the attack,' said the spokesman.

Rada, affiliated with the authorities in Tripoli, arrested the younger brother and Salman's father after the attack in Manchester. It is unclear under what circumstances they were questioned and whether they could appeal to lawyers.