Home / World / Abdeslam wants to be present at the Belgian process 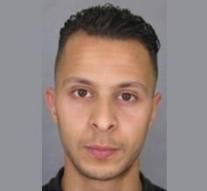 brussels - Terrorist suspect Salah Abdeslam wants to be present at the lawsuit on the shooting in Brussels last year in March when three police officers were injured. The 28-year-old Frenchman is now in a cell in France for his role in the November attacks in Paris.

The Brussels court decided last month that Abdeslam should also be in Belgium. He is charged with attempted murder in a terrorist context and prohibited possession of weapons, as well as co-accused Soufien A. The process in Belgium begins in December. Abdeslam still has to choose a new lawyer.

The two were involved in a shootout in the Brussels municipality of Vorst one week before the attacks in Brussels on March 22, 2016. A Belgian-French police team was then shot from a property with a Kalashnikov. The Algerian terrorist Mohamed Belkaid was then shot by a policeman, but Abdeslam and A. escaped. The duo was arrested three days later in the municipality of Sint-Jans-Molenbeek. The Belgian court has already reconstructed the shooting in January.