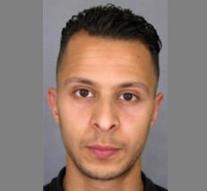 - Terror Suspect Salah Abdeslam, who is suspected of involvement in the attacks in Paris where 130 killed in fall, is showered with letters in prison. 'I want to get to know the man you really are,' writes including the 24-year-old Jenny from Germany.

It is a known phenomenon: women writing convicts and murder suspects letters. Another letter writer, Loreen, also coming writes from Germany: ' Even though I do not like what you've done, there are always innocent people at the wrong time in the wrong place, but I still felt the need to write to you. (...) I look into your eyes and I think you're alone. 'She closes her letter with 'lots of love' and a picture of her passport.