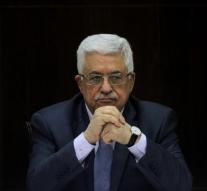 jerusalem - Palestinian President Mahmoud Abbas worked in the eighties as a KGB agent. This is evident from the documents of the intelligence service of the Soviet Union, reports the Israeli broadcaster Channel 1.

The incriminating documents from KGB defector Vasily Mitrokhin, they early nineties smuggled to the West. They stayed there for years behind bars and was barely released. The documents of the so-called Mitrokhin Archive that are already shared, are considered quite reliable.

Channel 1 is now the hand placed on Mitrokhin papers in which Abbas is known as a secret agent of the KGB in the Syrian capital Damascus. Abbas, who was in the executive committee of the Palestinian liberation movement Fatah, was staying there at the time of exile.