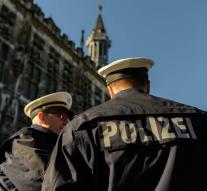 - German police put this week 5,000 people during the visit of US President Barack Obama in Berlin, said German media. Obama comes Wednesday in the German capital on Friday and departs towards Peru.

Obama's visit to Germany is seen as a farewell visit to his ally and Chancellor Angela Merkel.

Police in Berlin is supported by colleagues from thirteen states. Guarding include the route traveled by the motorcade with Obama. Since Friday also leaders from other countries come to Berlin, the number of police officers that the work must be very large. Along with Obama talk European leaders on the relations between Europe, the US and Russia after the appointment of Donald Trump as the new president of America.