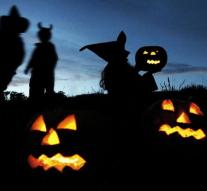 - The police at the weekend in metropolitan Los Angeles nearly five hundred people were arrested at two music festivals, raves, with Halloween theme. The authorities said Monday that detentions were made for public drunkenness, illegal drug possession and possession of false identity documents.

The police acted in the eastern suburbs Pomona and San Bernadino on the festivals, which each lasted two days. One reason for the attention of the police according to The Los Angeles Times, the death of two young women at a rave in Pomona in August. They came to life through drug use.