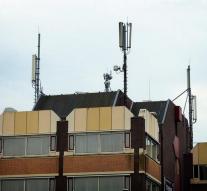 - In the Netherlands the number of consumers using a 4G subscriptions over the past year by as much as 192 percent. This switch Netherlands seeing the strongest growth in Europe in this field. According to research by Deloitte.

Currently, 35 percent of surveyed Dutch consumers a 4G connection. Only in Norway and Finland the proportion is higher. The survey also shows that 4G users by an average of 3GB per month data more destitute than 3G subscribers, which typically keep under 1GB.

The survey also shows that sim-only subscriptions are also on the rise. Meanwhile, 37 percent of respondents without a phone subscription, while this percentage in 2014 still stood at 16 percent. It appears that many more people nowadays buy a second-hand phone.