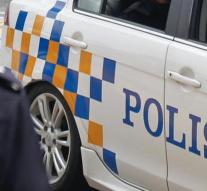 kuala lumpur - The Malaysian police arrested about four hundred people during a large-scale anti-terrorist operation in the capital Kuala Lumpur. According to the authorities, the suspects are from Bangladesh, India and Pakistan.

The security level in the metropolis is being boosted due to Southeast Asian Games starting next week, the BBC reported Monday. In several cases, agents found devices to check passports and other travel documents. The detainees were transported to police offices in police stations where the suspects are being heard.

The action is aimed at anyone who does not have the right papers and against people who are linked to terrorist organizations, report the authorities. 'We will know all foreigners suspected of terrorist ties, especially those involved in activities in Syria, tracing and action against enterprise,' said a police officer of the anti-terrorist unit.