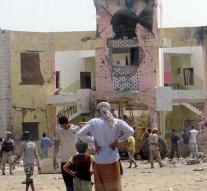 sanaa - In Yemen since the beginning of the civil war nearly 3800 civilians in March 2015 slain and 6711 people injured by large-scale fighting and shelling. More than 3 million people had to flee and more than 80 percent of the population is dependent on humanitarian aid to survive, says Oxfam.

Half of the population does not have enough to eat. In some areas food deliberately prevented by the warring parties. Recent research with Oxfam spoke with thousands of Yemenis who fled, said three-quarters of respondents said they were forced to leave their homes as a result of air raids and one in five said their homes were destroyed.

The charity believes that the civil war in Yemen can only be terminated by entering a political solution, with the government calling the combatants peace negotiations.