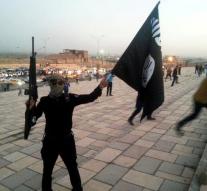 paris - France has recently returned 271 jihadists from Syria and Iraq to a total of around 700 French who traveled to the Middle East to fight for Islamic state. In an interview with the newspaper Le Journal du Dimanche, Interior Minister Gérard Collomb said that all returned jihad fighters are being investigated by the Public Prosecutor.

According to Collomb, of the 271 returned jihadi there are 54 minors, some of whom are detentioned. How many French jihad fighters died, the minister could not say.

France provides assistance to the US-led coalition against IS. Also, the country is fighting in Mali against Islamic battles. On the contrary, France has been frightened in recent years by attacks. In addition hundreds of deaths have fallen. According to Collomb, the threat of an attack is still 'very high'.