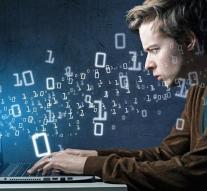 - The Dutch project No More Ransom against cybercrime has already helped 2,500 people in the first two months after launch. The victims saved a total of 1.35 million, the Dutch police announced on Monday.

No More Ransom provides online help when they are victims of hackers who hijack files and ask for ransom. It is a project of the Dutch police, Europol, Intel Security and Kaspersky Lab.

' The initiative has shown that a coordinated approach by all relevant partners can result in significant successes in the fight against this form of crime. All police forces are warmly encouraged to join this fight, '' responded head Steven Wilson of the European Cybercrime Centre Monday.