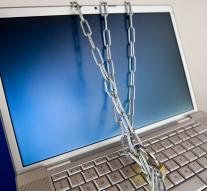 In a small 4 percent of the reports, data of 5000 people or more occurred. For example, it was a ransomware infection, possibly involving data of 300,000 people. These include financial data and copies of identity documents.

Also, through a customer portal, names, addresses and citizenship numbers of 480,000 people may have been visible to other customers. The largest number of stakeholders reported at one data call was 680,000.

Most reports came from the health and welfare sector (27 percent), with the hospitals being the biggest offender. Thereafter, financial services (21 percent) came to the fore, mainly with data insurers and pension funds. In the category of public administration (20 percent of the total number of reports) the municipalities in particular scored poorly.

In the first quarter, the supervisor began 135 investigations on security and data protection. Most of the organizations surveyed received a warning. Penalties were not distributed during that period.

Companies and governments have been obliged to report a data file to the AP since January 1, 2016.