Home / World / 17 deaths from the bombardment of East Ghouta 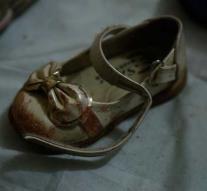 beirut - An air raid on Arbin in East Ghouta killed fifteen children and two women. That is what the Syrian Observatory for Human Rights announced on Monday evening.

The victims had hidden in the basement of a school in this city, which is still controlled by Syrian rebels. More than fifty people were injured by the bombing.

Damascus maintains that the government army only targets the targets of militants and accuses the resistance groups of civilians against their will. They deny that.