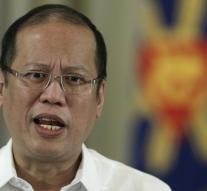 - The Philippines have in the presidential elections next year to complain that there is nothing to choose . As many as 130 people have registered as candidates for the succession of Benigno Aquino .

The candidates are a colorful group . There is a man named Lucifer , a woman who says that heavenly voices have urged her to sign up and another who claims to be an alien ambassador . The electoral council in the country finds the record number of candidates is a sign of " a vibrant democracy ". The Board however reserves the right to reduce the number of candidates to a group " a reasonable expectation of victory ".

In the last elections in 2010 reported 99 candidates , but were only ten of them participate .