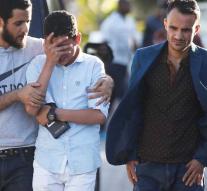 nairobi - Among the victims of the Sunday air disaster in Ethiopia there are at least twelve employees of the United Nations, reports the organization.

A number of Germans are also among the victims, according to news agency DPA. An exact number is not mentioned, according to Ethiopian Airlines there were five Germans on board.