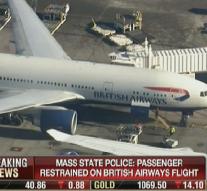 boston - A passenger from a British Airways aircraft that was en route from London to Boston, in flight has tried to open a cabin door.

After landing at Logan International Airport is the woman arrested by the police. It is unknown what were the motives of the woman.