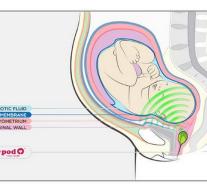 barcelona - It is well known that music is important for the development of unborn babies. But through the abdominal wall only muffled sounds coming over. A gynecological clinic in Spain has therefore developed something which the fetus can hear the music much more direct: a little speaker disguised as a tampon and made of silicone.

The pregnant woman can use the Babypod as ordinary tampon and the device connecting to its music player. The noise level is at a maximum of 54 decibels, which is equivalent to the volume of background music or a conversation in hushed tones. The fetus will respond with smiles and mouth and tongue movements, says the clinic, except when he sleeps.