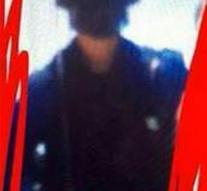 trollhattan - The suspected perpetrator of the fatal stabbing at a school in Sweden is a photograph surfaced. Then we see someone with a mask and a long black coat. He also has a sword in his hands.

Pupils thought at first that it was a joke when they saw the masked perpetrator. So they went with him on the picture, before he became violent.

He lit a teacher and a pupil of eleven dead. Two others, including a teacher and a student, were wounded in the attack. He would have walked from classroom to classroom and on those who have opened the door inserted.

The 21 - year-old man is deceased. He was in critical condition in hospital after he was shot by the police.