Home / World / Mother of three stabbed to death in Brussels 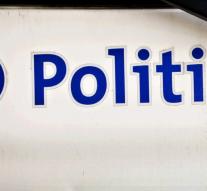 brussels - In Brussels Wednesday slain a 37 -year-old mother of three children. The woman was stabbed several times with a knife. This was reported to the Public Prosecution Service. The culprit is a fugitive. Presumably this is the father.

The stabbing took place just before 09. 00 am at the house where the family was staying. The three children, two teenagers and a toddler, were there too, but it is unclear what they have learned from the events.