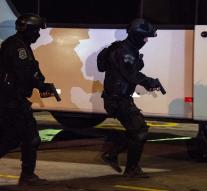 - Brazilian police have slain last year 3022 people. This is evident from figures published Tuesday by the Brazilian Public Security Forum. It is more than eight deaths a day and 37 percent more than in 2013.

According to the forum, the number of deaths generally increased almost everywhere and the increase is not specially related to certain states or cities. Exceptions are only three states , Bahia, Mato Grosso do Sul and Pernambuco, which reduced the number of victims of police violence. For the northeastern Bahia also has that good news is a downside: the number of 278 deaths from police action remains in this state of 15 million people is very high . Only in the States of Rio de Janeiro ( 584 ) and Sao Paulo ( 965 ) the number of victims is hoger.Brazilië addition to the capital 26 states and has more than 200 million inhabitants.