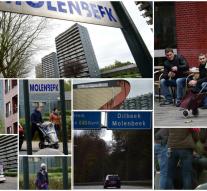 brussels - At least two perpetrators of the attacks in Paris lived in Brussels, one in the district of Sint Jans-Molenbeek, as the Belgian prosecutor's office just confirmed.

On Saturday, there are a total of seven people arrested in Molenbeek. While the Belgian prime minister Jean Michel acknowledge that a problem is starting to be- almost all to date tracked terrorists in Belgium get it settled- the French already speak scornfully of Brussels as " the jihadist capital of Europe '. In the interest of the investigation the prosecutor wants nothing lost. In raids several relatives of the perpetrators have been arrested and confiscated various matters.

The Belgian and French authorities have decided to set up a joint investigation team on the case.