Home / Tech / LG also comes with its own payment service 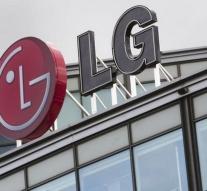 seoul - LG would be working on its own mobile payment service. The company has both in his native South Korea and the United States applied for a trademark under the name " G Pay ," reported South Korean news site ET News.

Earlier this month, LG would be the plans for the mobile payment have been confirmed at the launch of the smartphone V10. A release date or further information is still lacking. LG certainly would not be the first major technology company that bread see in mobile payments. Previously announced Samsung, Google and Apple that they want to roll out their own international payment service. In the Netherlands, Samsung Pay, Pay android and apple pay yet available .