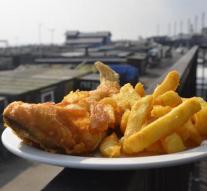 - The judge in Milwaukee in the US state of Wisconsin thought all the excuses already hearing for an excessive blood alcohol. John Przybyla, however, surprised him in the batter that his fish was cooked, had spent a lot of beer.

The 76-year-old suspect denied even having taken one sip, but the judge did not want to believe him. Przybyla had everything against, especially his past. It was the tenth time he was taken drunk from the road by the police, the newspaper Milwaukee Journal-Sentinel. The surveillance that caught him found that he drove very well on the wrong side of the road with his car. The blood test showed again an excessive blood alcohol level of.

The sentencing judge must be determined. Given the drink past Przybyla, he must fear a prison sentence of up to twelve and a half years.