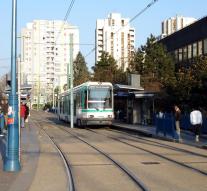 - A fourth Friday in Paris offender who committed terrorist attacks and blew himself up thereto, has been identified according to French media. It is about a man who would be called Samy, whose family lives in Bobigny, a northeastern suburb of Paris.

Samy is one of the perpetrators of the bloodiest attack, on a concert hall in the center of Paris. And wounded nearly ninety deaths. In all, 129 people were killed and 352 injured, including many very serious.

Other perpetrators of the attack on Bataclan concert hall were Ismael Omar Mostefai and Brahim Abdeslam. Of the three people standing at the Stade de France Friday blew up there so far identified one. It was a twenty Frenchman, Bilal Hadfi, who like living Brahim Abdeslam in Brussels.

An offender who may be committing suicide would be a fugitive, called Salah Abdeslam, a brother of Brahim.

The Belgian justice meanwhile suspects that the man who claimed early this year to sit behind a terrorist plot in the Belgian town Verviers, Abdelhamdid Abaaoud, also played a role in the attacks in Paris.