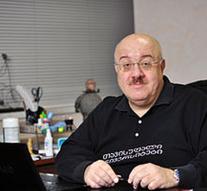 london - The widow of a Georgian oligarch is a legal battle over the inheritance entered with his daughter, of whose existence no one knew before his burial . Kakha Bendukidze left at his death last year, an estimated 880 million euros after .

Bendukidze made ​​his fortune in Russia after the breakup of the Soviet Union.

After he collided with Vladimir Putin, he returned to Georgia, where he became a successful politician. His widow Natalia Zolotova would get his inheritance until the 24 -year-old Anastasia Goncharova suddenly emerged.

The two women are now engaged in three countries in a legal battle , The Telegraph reported Friday . Before a court in London found that preserves a British coroner tissue of the oligarch , which the daughter DNA evidence intends to make to its origins.

However, the widow refuses and demands the tissue , according to her lawyer for religious reasons. The daughter disputes the right of the widow 's inheritance , because Bendukidze and his wife for many years before his death would have been apart.