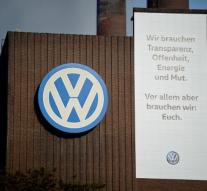 - They were EU officials as whistleblowers diesel Volkswagen scandal, which first became public in September in the United States, have been rolling. This was reported by the German magazine Wirtschaftswoche on the basis of documents received in the hands.

This shows that Brussels already in 2011 was informed that automakers emission testing manipulated. A car dealer was the then Commissioner (industry) Antonio Tajani have informed.

To the frustration of EU officials continued action. They decided to inform the American environmental organization International Council on Clean Transportation (ICCT). Which investigated the case and played the results to the US authorities CARB and EPA. EPA made ​​the case in September publicized.

The magazine also said the current European industry commissioner Ele & lt ; bieta BieEäkowska for a response, but they declined to comment.