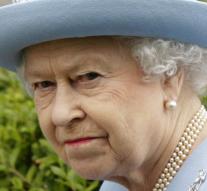 london - The new leader of the British Labour Party must swear on their knees for Queen Elizabeth, kisses her hand and the oath of allegiance. At least, that should make Jeremy Corbyn if he wants to be known in discussing state secrets, such as the deployment of British troops over Syria.

Corbyn was absent last week at a meeting at which he was to be sworn in as a member of the Privy Council, an advisory group of the queen in which state secrets are discussed. He had been excused, presumably because as a convinced republican trying to avoid the oath of allegiance. Although the government initially indicated that Corbyn nevertheless became a member of the board, it appears that now was not the case.