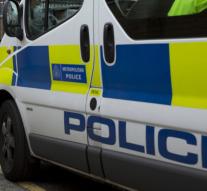 london - A couple is Tuesday in England found guilty of plotting an attack in London. The 25-year-old Mohammed Rehman and his 24-year-old woman Sana Ahmed Khan have extremely hazardous chemicals purchased via eBay and Rehman did in his backyard in suburban Reading experiments with explosives.

Rehman tweeted under the name Silent Bomber over what targets they would choose. He announced on twitter also a suicide attack on. Khan was found guilty of complicity.

According to prosecutors, the couple showed up on the internet a great interest in a violent jihadism and terrorists July 7, 2005 suicide bombings in central London; and more than fifty people robbed of life. The punishment will be according to British media Wednesday or Thursday determined.