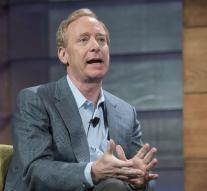 - The US state of Washington, the company iYogi indicted on suspicion of telephone scams. Company employees calling random people to entice buying unnecessary products and services them. They thereby pose as an employee of Microsoft, Apple and HP.

The Public Prosecutor accuses iYogi unfair tactics and deceptive trade practices. Additionally, the company would have to persuade consumers to install unnecessary software to make buying technological support them that way.

iYogi is located near New York, but are more than five thousand employees operating out of call centers in India. The company designates itself as one of the leading independent tech support providers with more than 3 million customers in eleven countries.

Also in the Netherlands, consumers are regularly contacted by people posing as an employee of Microsoft. This year there were more than 1300 people with complaints about these practices reported in Fraud Helpdesk. However, it is not known whether iYogi also made Dutch victims.

iYogi manages to sell unneeded services by consumers to pose in online advertising as a partner of well-known technology companies such as Microsoft. When consumers install the company calling them prompted diagnostic software that allows the Yogi-employee gains access to the computer of the caller. The employee then notes that malware is present on the PC and then apply aggressive sales tactics to persuade consumers to a five-year subscription to shut down tech support for $ 379. He also tries the unsuspecting caller to sell anti-virus for $ 80. Also, Windows 10 upgrade is foisted for $ 80, while Microsoft offers this yourself for free.

The total number of victims in Washington State will be announced during the trial, but is estimated to be hundreds, if not thousands.

Microsoft CEO Brad Smith applauds the efforts of the OM increasing. According to Smith have this kind of scams assumed epidemic proportions in recent years. 'In just the last 18 months, Microsoft has already had 180 thousand calls from consumers about tech support fraud. '

According to Microsoft, in Washington state every year some 71 000 people ripped off for a total amount of approximately $ 33 million. Across America there are about 3.3 million people and a total of $ 1.5 billion.