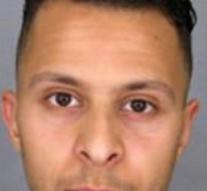 brussels - Mohamed Abdeslam, brother of fugitive Paris- accused Salah Abdeslam, until recently worked in the commune of Molenbeek. He worked there in the Department for Foreigners.

So says former mayor Philippe Moureaux of Molenbeek in talks with the Flemish newspaper De Standaard. The Aliens adheres according Moureaux " work includes regularization files. Abdeslam worked until a few days on that service. " The former mayor also states that Mohamed previously as a typist in his college and worked previously at the demography department of the administration. Alibi Mohamed was arrested last Saturday, but Monday released. His lawyer made ​​against about Belga news agency that her client has nothing to do with the attacks. He had an irrefutable alibi for Friday night when the attacks occurred. He could not be present. The man is not under suspicion and is therefore released. The third brother, Brahim Abdeslam, died in the attacks in Paris.
NEW