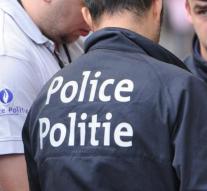 brussels - Agents of the Belgian federal police are not going to strike. The government in Brussels comes at least partly meet their demands.

Last week threatened the police for seven days to deposit the work of dissatisfaction with the process surrounding the action plan of the government against radicalization and terrorism. Agents were abrupt deployed in the municipalities of Molenbeek and Vilvoorde, near Brussels and demanded inter alia cover expenses and more information about the working conditions.

Interior Minister Jan Jambon has promised that there will be additional manpower in March and December and that the police temporarily receive an additional fee, the unions Friday left out. Workgroups go here now to get started.

Federal agents and their local colleagues should include returning Syriëstrijders to follow better and identity fraud and combat arms and drugs.