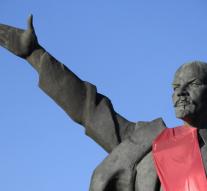 - The Baltic states of Estonia, Latvia, Lithuania would have suffered damages from Russia for the damage that the countries during the Soviet domination until 1991. That the Ministers of Justice of the three countries said Thursday in Riga.

" The company still knows too little about the negative consequences of the totalitarian Soviet regime on the science, the environment, demography and the social sector ", said the Latvian Minister Dzintars Rasnacs. His colleague Urmas Reinsalu from Estonia called the compensation a " moral and legal obligation ".

The Soviet Union occupied the three countries after an agreement between the German dictator Adolf Hitler and his colleague Joseph Stalin in 1940. Only after the fall of the Wall were Estonia, Latvia and Lithuania their independence. According to Russia, the countries joined the Soviet Union voluntarily in 1940.