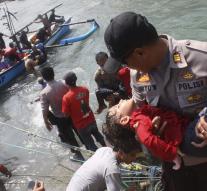 sydney - To get rid of a group of boat people, Australia has paid people smugglers to take away the refugees again. Amnesty International reported on the basis of its own research.

In at least one case put Australian border guards those aboard a refugee ship to other boats with little fuel onboard, and they gave the crew together 32 000 dollars to bring the refugees to Indonesia. The migrants were actually on their way to seek asylum in New Zealand. The incident could have happened in May this year.

A similar case occurred in July. Boat people were taken by Australian border guards on board, put on another boat and sent to Indonesia. According to witness statements, the crew suddenly had new travel bags whose content must remain secret.

According to Amnesty, it looks as though the Australian government knew about the payment of crews and that it possibly has even commissioned. The Australian border is starting to look more and more like a lawless surgery, said the human rights organization.

Australia has a very strict policy on asylum. It is designed to ensure that no refugee boat put more foot. Ships carrying refugees to be sent back or dragged back to their country of origin, usually Indonesia.