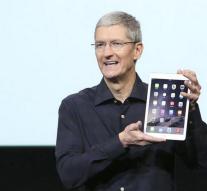 canberra - Apple has changed in a number of markets pricing in the App Store and iTunes Store because of changed exchange rates. In Australia, Sweden and Indonesia are more shoppers soon lost their apps, books, music and films.

Down Under comes Apple with a 'concession' for the rising prices. Developers can now choose a special rate that was previously only available in emerging markets. Apps may soon be offered at 99 Australian cents, converted about 65 cents.

The Third World fare is specially introduced to give developers the opportunity to maintain the current price level for inexpensive apps intact. Apps that now cost 99 cents, going through the currency correction Apple 1.29 Australian dollar costs.