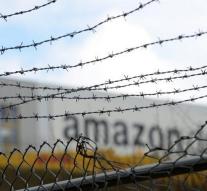 - Amazon has responded Monday in a blog post at a critical article about the company that published New York Times in August. According to spokesman Jay Carney are all wrong allegations that workers are treated badly , and is the main source of the newspaper unreliable .

Carney complains that the NYT reporters never asked him to respond to the allegations and the reliability of the sources have not checked. He reports that Bo Olson, a former employee of the newspaper told him almost all his colleagues at Amazon to have seen you cry at their desks, worked only briefly with the company and retired after would be from internal investigation showed that he had business documents falsified.

Immediately after the publication of the article CEO Jeff Bezos already responded with an e-mail to all the staff at Amazon. Fresh reaction follows at Carney only now, since the company first presented to NYT's own findings. Now the newspaper has done nothing with it after a few weeks, Carney decided to publish the blog post.

TechCrunch makes some comments on the timing of the blog post, based on interviews with multiple crisis managers. According to the tech site could it be that Amazon is preparing for a possible lawsuit from former employees or work on research news items based on the NYT article.