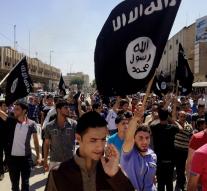 - Guests at a hotel in the popular Turkish resort of Marmaris thought their last hour had beaten when a man dressed in black robes sailed up the terrain, Arab slogans shouted and appeared to reach for a weapon. An IS- terrorist, was the first that many holidaymakers shot through their heads as they ran for their lives. It was like a sick joke from the hotel staff.

The staff had thought it would be a good laugh if one of them would dress up as terrorist (see a picture here). Not so.,null, People had no idea what hit them. We feared the worst, "says the British Jade told The Sun.,null, When we ran to the front desk to alert them we were laughed. "Jade and her family sue the hotel because of the bad joke.

You'd think by now they also have learned their lesson in Turkey. Three months ago, mass panic broke out among residents when a staff member dressed as a terrorist with a fake weapon was waving. Also a joke, but terrifying, because shortly before, on June 26, Muslim extremists in the Tunisian Sousse 38 foreign swimmers were shot dead.