Home / World / Actor Are You Being Served deceased 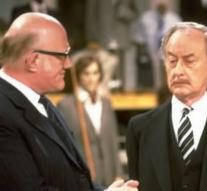 london - British actor Nicholas Smith, who played for years in the series Are You Being Served, is deceased at the age of 81. His agent has on Monday published in the British media.

The series set in a department store in London, was broadcast in the Netherlands under the name Are you being served. Smith played the role of Deputy Director Mr. Cuthbert Rumbold.

He was the last living member of the original cast of the show, which by 1972 was seen until 1985.