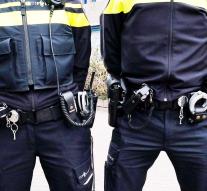 - In the fight against drug crime in South Netherlands are performed in one year 313 arrests and 45 criminal organizations rolled. That the police reported Friday.

Since October 2014 to address drug-related crime in the south of the country intensified. Police, Public Prosecution Service and other organizations focusing on hemp cultivation and the production of synthetic drugs like ecstasy.

Police reported numerous successes. Thus, in Brabant, Limburg and Zeeland 121 hemp locations searched with 133. 648 hemp plants and 60 108 hemp sites are cleared. If that had not happened, it had growers produced more than 123 million euros, police said.